Ironyca has Never Stood in the Fire, But Someone Else has! 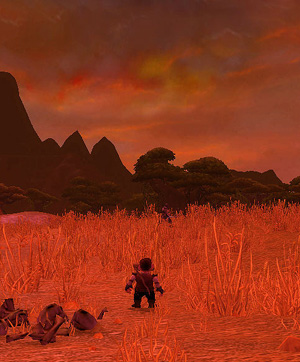 I’ve been deceiving you all…

Ironyca has never stood in the fire.

But someone else (un?)fortunately has!

Unsuspectingly, Elford witnessed the sky turning fiery red while doing the dutiful deeds of the Alliance in Southern Barrens.

Swiftly his little bottom was swept from underneath him and he died in the flames of Deathwing.

Elford could now officially say that Deathwing had claimed a life of his. 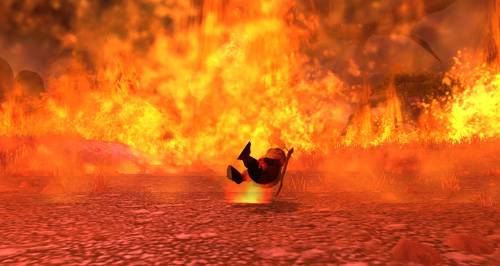 He was getting good at this “dying”. Both in the sense it happened to him rather often, but he was also becoming more fearless, didn’t let the spirit realm whispering drive him mad, took the penalty like an ironman, although some would argue he wasn’t as hardcore as he’d like to think.

After having rushed back to his mortal remains, he realized that the Northwatch Recons were about to be surrounded by flames too. 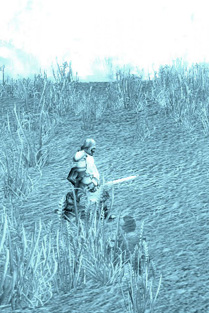 He tried to warn them.

Elford had yet not realized how this would be of his actual benefit until he resurrected.

Piled in a mass grave, the scorched soldiers lay sparkling with their pockets full of coins. Elford had learned by now that the dead were fair game for looting. But what about his own faction, the very people whom a minute ago had worked to protect him?

Under the watchful gaze of a tauren Desolation Grunt, Elford picked a guilty handful of Recon earnings. At least the tauren didn’t get his hands on the money, nor did anyone else though, Elford kept it all.

Puffed and satisfied he traveled back to the Lion’s Pride Inn in Goldshire. Wefhellt, the mage trainer, had reminded him to come visit once in a while, both to maintain his mage training, but also to deliver saucy rumours.

This evening, however, Wefhellt was not as excited to see him as usual. Elford sensed it was best to leave the room and seek accommodation elsewhere. 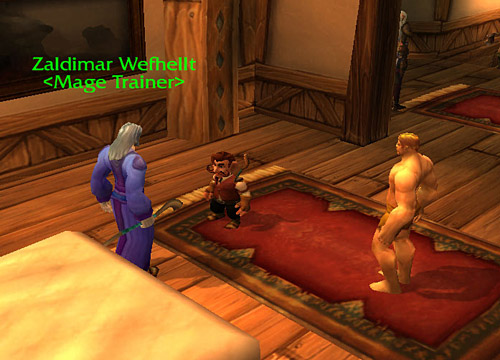 – Next episode: Did They Knit and Paint Watercolors too?
– From the beginning: Elford the (former) Executive and the Ironman Challenge

7 comments on “Ironyca has Never Stood in the Fire, But Someone Else has!”