When Elford woke up the next morning, Wefhellt still stood at the foot of the bed. He concluded that Wefhellt probably never slept here and was in all likelyhood a chronic insomniac… amongst other things. 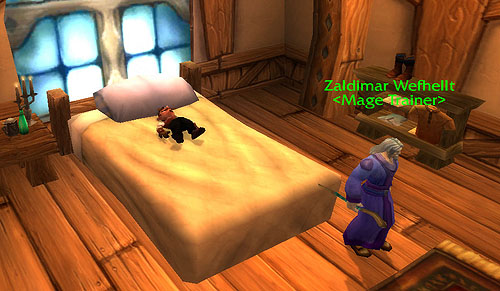 Today he had been sent to Westfall, a region he had never been to before. His thought of this place was similar to what any city dweller would think of a public toilet – dirty, smelly and not very comfortable. Elford of course kept this impression to himself and headed towards the most rural district under the Stormwind kingdom.

Westfall was in a horrific state and rebellious groups were brooding everywhere. Elford helped where he could to aid the homeless and was finding himself in a situation reminiscent of what he had imagined when the judge had sentenced him with community service. Not that Elford didn’t take pride in helping the ones in need but he was incessantly hoping someone was keeping record of his good deeds. Tit for tat. 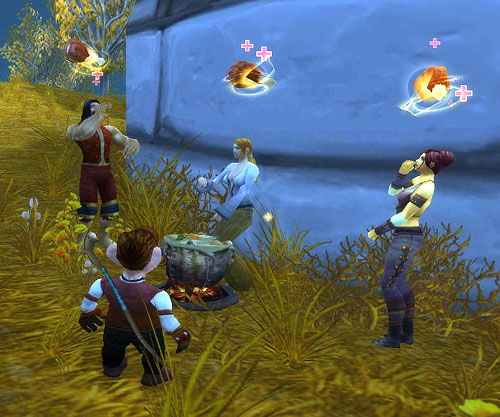 However, Elford had his own trouble coming – trouble in the shape of what he later would call his nemesis – murlocs. He found these creatures ridiculously ugly, noisy and generally annoying. When he was fighting them around the Eastvale Logging Camp area, they proved to be a challenge that far exceeded their aesthetics. Elford should have known by now not to judge the skill on the size of the sword and yet he found himself surrounded by more than one murloc time and time again. 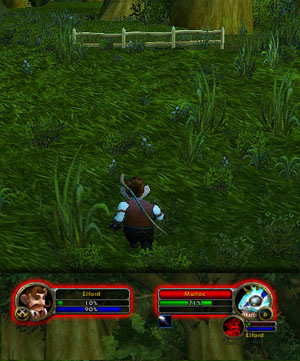 Without the slightest hint of martyrdom, he resorted to running away from these yowling creatures just as often. He knew that what he had gotten himself into, with Wefhellt and his mage apprenticeship, was essentially dangerous. It all rested on combat and combat had the risk of… Elford didn’t want to think of it.

So when he was confronted with the fact that murlocs resided on the vast majority of the Westfall coastline, he braced himself. Shortly after he met Captain Grayson, someone Elford soon had more than one thing in common with. This was the first time he had spoken to a ghost, and this one didn’t even scare him. Grayson complained that The Coast wasn’t Clear and suggested that Elford killed a portion of the murlocs to keep the beach safer. Elford felt a kinship with this man, with whom he shared a hatred for murlocs, so Grayson didn’t have to ask twice.

The murlocs on the shore were stronger than the one’s he had previously encountered, and the tidehunters even had a pet crab! A murloc with a pet? Did the crab have a pet as well? Maybe it was the pet of a murloc that got him in the end, maybe it was a the murloc itself, Elford did not know. He had been dodging a few of them by running into the water, but he hadn’t predicted the one waiting behind the small hill and suddenly he was surrounded, not by one or two murlocs, but by three murlocs…. and a crab. 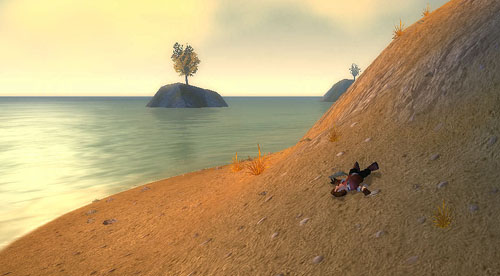 It all went so fast, he had no time to run away so he fell where he was caught – on the shore of Westfall with the sunset in the background. A beautiful setting for any romantic movie and yet it was so pathetic, Elford had been killed by a murloc. 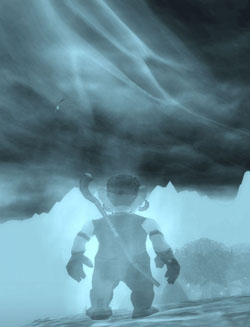 That which he did not think of was now staring him in the face and had Elford not lived in a world of magic and transcending realms of existence, this would have been the end of him. An ending he himself would have detested.

And he did detest it, which made no sense. How could he hold opinions of his own death unless he was still somehow alive? The paradox soon solved itself as Elford realized he was in an alternate plane of being.

He panicked at first, the constant murmur, was it voices he could hear? Whispering? Before him a winged figure hovered, a spirit healer allowing him to resurrect.

Back in his aching body, he found himself standing on a graveyard, a grotesque reminder of the moratorium he had just been in and of the conclusion such a journey of the spirit could ultimately result in. He walked back to Grayson’s light house and just sat at the wooden pier facing the sea and sunset, near the man who knew what it was like to not be alive. 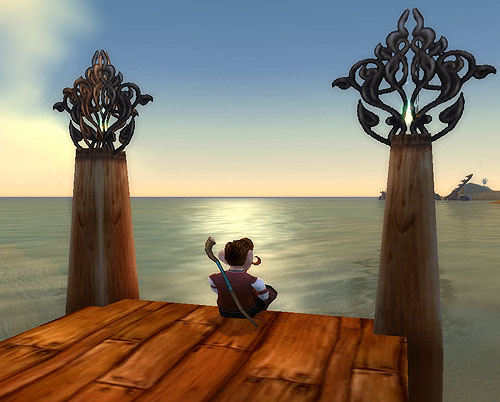 Next episode: “I’m sleepy, keep it down, ‘kay?”
From the beginning: Elford the (former) Executive and the Ironman Challenge