Oh well, maybe he could put it on his CV

Elford’s first tasks were very simple, often killing furbolgs or murlocs although particularly the latter became a continuous problem for him. Elford’s mage skills weren’t that strong and often more than one murloc would attack him that would send him closer and closer to … well, Elford didn’t want to think about it. Of course this meant he had to be extra careful and he was.

He also quickly learned that the choice to train as a mage was clever, he liked to keep his distance, so that he could stroll over afterwards to pick the bits off of the corpse – a few copper at most, something that dissapointed Elford hugely when he first learned the actual poverty of common creatures. Sometimes he also picked up scraps of fur or other useless stuff. He didn’t always know why and his pockets would fill up very quickly much to his annoyment. 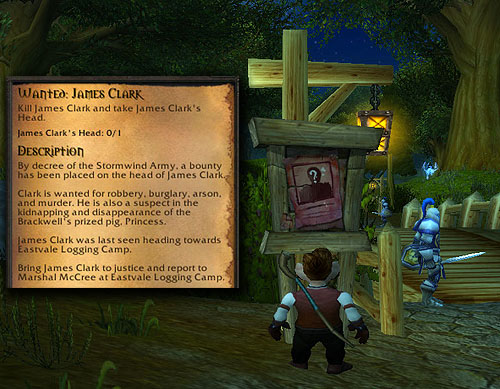 Elford was not disturbed because he was asked to kill another human being, and he couldn’t care less whether or not this person was also a criminal. Elford generally didn’t hold high standards for the type of task he was given nor did he ask many questions. He just wanted to raise his reputation with the Stormwind faction and was willing to do pretty much whatever it took. But there was one thing he did not like about this!

He would have to get his hands dirty… literally dirty from blood. Elford had never cut someone’s head off and was a little surprised the Stormwind Army just sent anyone willing out there, to do what was essentially their dirty job and they wanted the goddamn head as proof, disgusting! 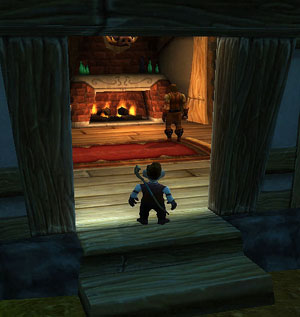 So Elford the (former) Executive picked up his stick and looked down his fine clothing hoping it wouldn’t suffer from the splatter. This was not where he would have thought a gnome like himself would end up – a soon to be murderer at the doorstep of another murderer’s house. There was a cynical irony to this. Oh well, maybe he could put it on his CV. 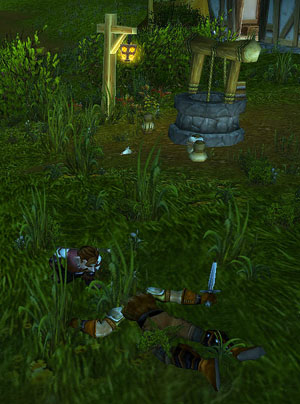 He expected a brutal and gory fight, but to his surprise James Clark went down like a chicken running on ice. Clark didn’t even make it close enough to touch him and Elford truly felt powerful as a mage for the first time.

This was something he was looking forward to telling Zaldimar Wefhellt, the mage trainer in Goldshire. But first he had to sever the guy’s head, by far the biggest of Elford’s trials yet, but it had to be done.

After he was finished with the work of the night, he walked back home to where he had rented a room, the Lion’s Pride Inn in Goldshire. Elford had previously noticed the buzz of this place that could easily upstage Stormwind. But what he saw when he came there was surely something special…

Next episode: Elford in Goldshire By Night
From the beginning: Elford the (former) Executive and the Ironman Challenge

4 comments on “Oh well, maybe he could put it on his CV”