Cataclysm: The Coming of Multiple Mains 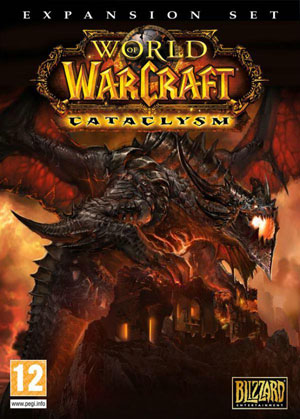 How do you imagine your playing experience in Cataclysm will be?

In the expansion, we are going to see big changes to more than just Azeroth. Structural changes will most likely make a shift in how we, the players, play the game.

There are a few changes that I see coming, that will also change how we play WoW in Cataclysm:

Dusting Off the Alt

The shared raid lockouts, and a diminished need to grind daily dungeons etc. to keep your character competitive, is gonna be a natural hault to the raider who used to do it all. Question is, what are people gonna do when there’s less options to grind?

I’m welcoming the prospect of being able to develop two characters at the same time. Imagine if people really embraced this opportunity, and took a second main, perhaps some would play a role completely different from the one they’re used to – maybe we would see more experienced players, with more insight into the various encounters and playstyles, than we see now (perhaps I’m dreaming).

It also looks like Blizzard is bridging yet another gap for casuals. I’m very much in favor of that, seeing it’s casuals that make the Azerothian world and Blizzard’s economy go around.

The Grass is Greener Where the Loot is Closer

I think we are very likely to see guilds with two mains in order to get a better matchup when setting up 10 mans and 25 mans.

I’m guessing that 25 mans will still be the place of progression for the top tier raiders, but only because they will be able to gear up quicker, as 25 mans will reward 50% more loot per player, and naturally they will get further faster.

At the same time, I think 10 mans will finally get the recognition they deserve. In the beginning of the expansion “Wrath of the Lich King”, Naxxramas was the entry raid after doing heroics, but the 25 man version was somewhat easier than the 10 man. In Icecrown, it’s the other way around. The key is balance, and that on the other hand isn’t easy.

However, I am suspecting and hoping a fair amount of guilds would convert to a smaller sized raid model, that doesn’t require the logistics 25 man does. If this becomes the norm, perhaps we’ll even see an end to extensive raid applications (oh I pray!). If a raid group in total is mostly consisting of 20 players, and then casuals on the side, that raid group could easily bundle up 3 full 10 man groups a week, given the prediction that people will run parallel mains, holds water. You need a much smaller base of players to run top tier content, than the current model enables you to.

With raiding teams that small, perhaps you don’t need to apply and go through a 2-4 week trial program any longer. Perhaps guilds will hand pick willing and able raiders instead. Closer relations between players could be prioritized higher, as in a group of 10, each member is more visible, than in a group of 25, where it’s easier to overlook someone slightly annoying. I’m suspecting that this, along with the guild reputation system, will underline the focus from Blizzard’s side, to enhance guild loyalty and membership experience.

One comment on “Cataclysm: The Coming of Multiple Mains”

This entry was posted on September 22, 2010 by Ironyca in Opinion and Discussion and tagged alts, Cataclysm, Guilds, Norms, Raiding, World of Warcraft.